Apparently, I got banned from a site and I have no idea why. Is it just bad luck, mistaken identity, server problems, etc? I really don’t have a clue.

And I nearly died of starvation, because I haven’t eaten for nearly two and a half days. Luckily, I got something to eat and I’m recovering from the ordeal. Hunger pains hurt a lot – not going through that again!  Need to remember to eat lots of snacks while writing/editing!

Anyhoo, I’m making another list of words I so need to avoid (or use sparingly) when it comes down to my sequel. I had made a list for my first novel as well, but I still believe I may have missed a few words. For the first book, I was fortunate that the damage is not so serious or life threatening. Won’t be going back to #1 until it has been out for like 5-10 years. However, I don’t want to see the same mistakes passed on to the sequel. No more stupid mistakes! I will be taking repetition a lot more serious as the editing continues. Finished chapters 9 & 10 today, which is good. Part I is almost done. Still have 11-13 though.

I don’t have a horrible problem with repeating myself, like some other writers do. Although I have been very careful… it can and will still happen regardless of how much time I spend on it. I’ve slipped up now and then, even after I hired two editors. This is all part of life and the learning experience of editing your own work. Self-publishing is no joke.

I do not want a repeat of last time, like I did with the first book, putting it down and bringing it back again. Despite the second time, I had no choice due to the book cover messing up. Even now, I still see mistakes in the first novel. Ugh…I’m so not going there! No writer will ever get away from saying certain words and phrases. Some writers have a favorite line or a favorite type of character they tend to reuse, over and over again. However, I’m making a conscious effort to keep it in check as of now. I’ll be keeping an extra eye on recurring lines, situations, and so on. Started fixing some of my Oops! as of today.

But if I don’t keep it in check I will tend to miss things. When I ramble that’s when I seem to make the most mistakes apparently. The sequel is getting longer due to filling in gaps between chapters that seem too short, in my opinion. There’s a lot of different scenes/timelines compared to the first novel. I may end up having to trim half of it again or reorganize some scenes, so it’s not so jarring or confusing. It’s still a linear timeline… It’s about 470 pages.

I hate talking about the price of a book, but the truth of the matter is this is reality. The more my paperback book grows, the higher I need to bring up the price. I’m probably just shooting myself in the foot, I know. I’m not ready to discuss the price until I’m ready to publish…that will take some time. For those waiting for the sequel to come out, please be patient. When the time is right I will calculate a reasonable price and the royalties. I know for a fact that I don’t want to be making less royalties than book #1, because what would be the point?  The kindle ebook for the sequel will remain at the fixed price of the first novel $2.99. That will never change at all.

Despite my efforts, even though I use a thesaurus, I still find that I keep repeating myself. I’m a bad bad girl. The only good news is reading reviews from a particular book have helped me to spot what I should never do in the near future. Hopefully, this works. If I can learn from another writer’s mistakes, it’s so worth it.

LIST OF WORDS & PHRASES I NEED TO BE CAREFUL OF:

Anyway, I’ll see how this list goes and whether or not I need to add anything else. I need to make sure this sequel is better than the first. I seriously need to get some rest…won’t be staying up tonight editing/rewriting till the crack of dawn.

I'm W.D. Lady. A writer of sorts. View all posts by WDLady

3 thoughts on “Editing Pains: The Ups and Downs!”

If this is your first time here, please check out the menu above. This is my Author's Page from 2012. I've decided to stop updating it, but sometimes I may change the website theme.

This place is only for fans and curious readers of the Nightmarish Reality Series, but you are more than welcome to stick around and read some of my old posts, character profiles, and chapters. 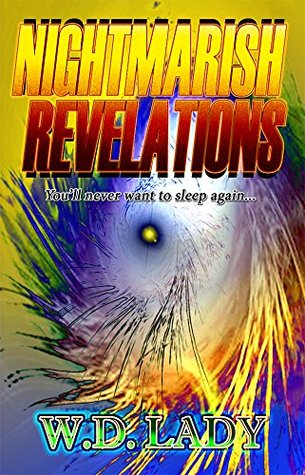 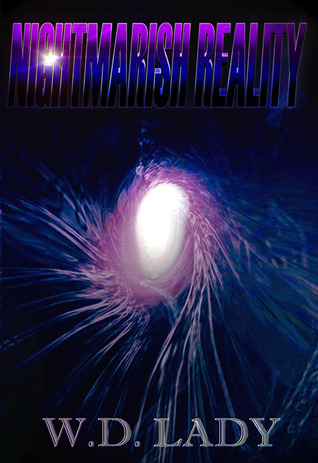 Still In The Works

No Book Cover For This One Yet…